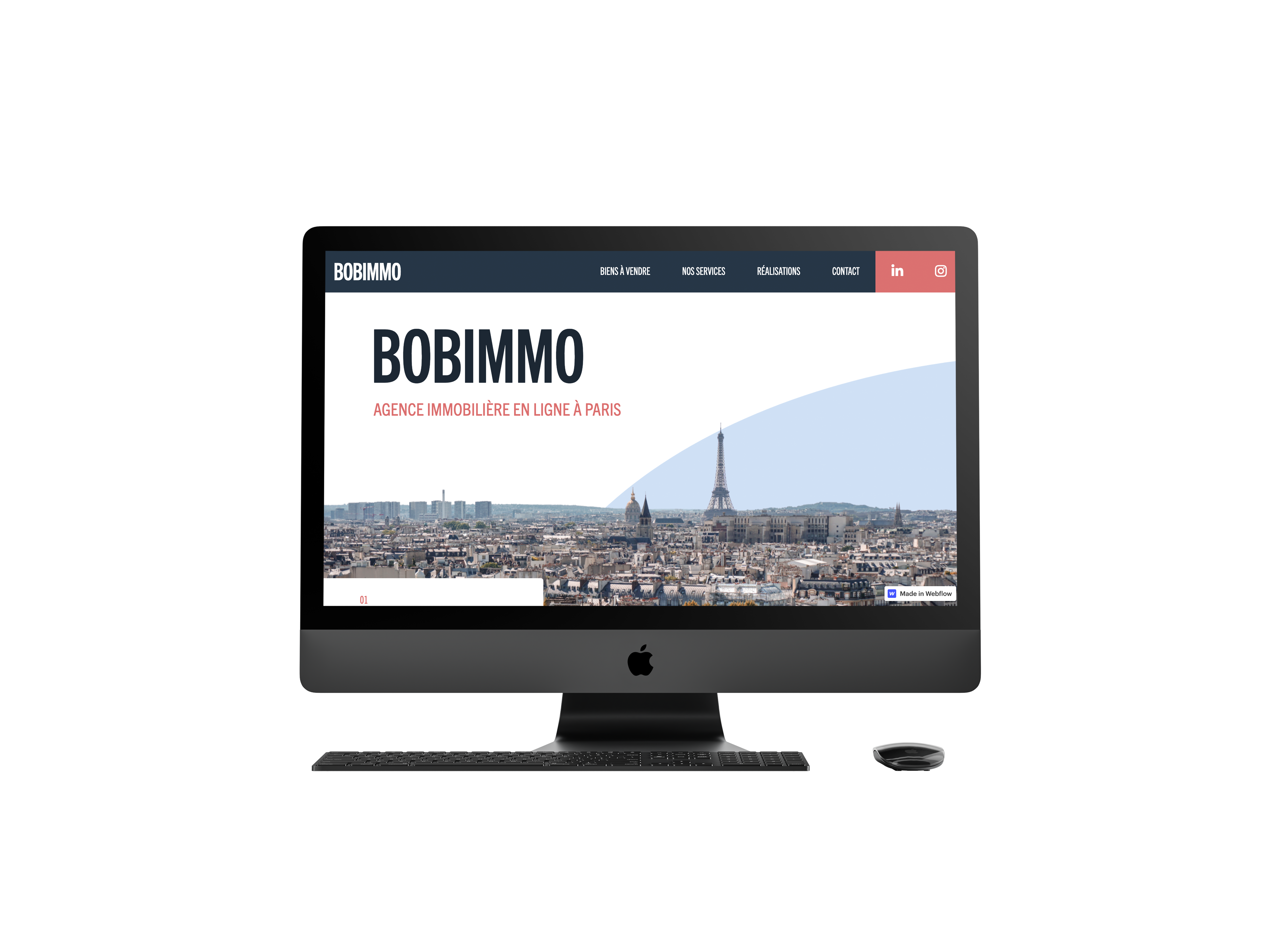 Manu has been in the real estate business since 2006, beginning his career at Bouygues Immobilier, one of the largest real estate promoters in France.

Real estate being such a broad sector, Manu eventually became interested in widening his horizons, gaining experience in both larger organizations as well as smaller more specialized agencies. But as time passed, Manu began to form the belief that the vast majority of the companies he worked for were simply charging too much... So, convinced that not only could prices be reduced, but also that a higher quality service could be provided through a more personal relationship with clients, Manu founded Bobimmo in early 2020.
‍

The real estate industry is huge and highly saturated. What’s more, beyond the sheer amount of competitors, the market is also full of agencies that have found their niche and/or have become masters at their craft. As such, in order to compete, Manu needed a website that provided a browsing experience as sophisticated as the most mature players, but he also needed a means to stand out in the crowd.

2. Standing out in the crowd: